Svetlana Masgutova received her Doctorate in Developmental and Educational Psychology in 1988, and her Associate Professor (Post-Doctorate) degree in 1992, in Russia.

She continued her professional career as a university lecturer and Dean of Practical Psychology department, and also as a researcher at the Russian Education Academy. Her doctoral paper and work based on works of L. Vygotsky, A. Luria, P. Anokhin, A. Uznadze, N. Bernstein, I. Bozovich, I. Dubrovina and N. Tolstyckh was the result of her earlier research on MA topic ‘Unconscious Processes, Unconditioned Reflexes, and Human Attitudes’.

Dr. Masgutova has completed three years of medical studies (in paramedics) and several programs on psychotherapy. She received a post-graduate degree in Clinical Neuro-Speech Development at the Medical Academy in Poland.

She is the creator of the MNRI® - Neurosensorimotor Reflex Integration Program.

Dr. Masgutova has been leading research since 1989 for the MNRI® Institutes and has studied the influence of primary sensory-motor patterns on different aspects of development and learning. Her work focuses on the concepts of Reflex Integration to facilitate sensory-motor rehabilitation, emotional recovery from traumatic stress, as well as learning and developmental enrichment. Recently she has conducted the IRB Approved research in 2011-2012and 2013 in the USA. Her Organization is the provider for continuous education for helping specialists for ASHA, AOTA, and several other organizations in the USA.

Dr. Masgutova gained extensive experience with post-traumatic stress disorder (PTSD) working with victims of the Chernobyl disaster (1986-1996), the Baku conflict (1990-1991), the earthquake in Armenia (1989-1999), the train crash in Ufa (1989), the Chechen war (1996-1999), conflicts in Israel (2001-2005) and other traumatic situations. Her work with PTSD became the foundation of the MNRI® Program, opening resources for survival and beyond, including her latest work with MNRI® Team using Reflex Integration PTSD Protocol with individuals who experienced trauma in Newtown USA (January-October 2013; 264 MNRI Sessions for 174 people). The MNRI® Team also took part in an expedition in the Philippines helping the survivors of the typhoon and earthquake in 2013. She began working in the USA on an O-1 visa (Alien of extraordinary ability) and now has residency in the USA. She leads the work of the MNRI® Core In Trainingational Team and brings this work to individuals with developmental delays, cerebral palsy, genetic disorders, autism spectrum disorders, traumatic brain injury, and PTSD. Dr. Masgutova and her Team have worked with over 30,000 children and adults worldwide over the last 28 years. The MNRI® program now is used around the world by over 22,000 professionals.

For additional information regarding Dr. Masgutova’s extensive resume accomplishments, please click on the area of interest below.

Below is info about Denis Masgutov 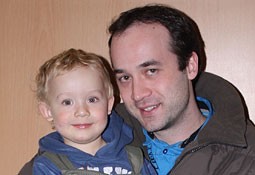 Denis Masgutov ( September 10, 1983 – June 11, 2016) was the co-­Founder and Director of the Core In Trainingational Dr. Svetlana Masgutova  I institute of Poland and also served as a Core In Trainingational Specialist of the Masgutova Method®. He graduated with a degree in Special Education and Psychology in Russia and also received his Post­Graduate degree in Psychology at the Moscow State Sholokhov University. He also studied at Psychology Faculty at the University of Warsaw in Poland (completed 5 years). In addition, he accomplished the Post­Graduate Polish language studies at Krakow University (Poland).

+For a complete bio on Denis please download our PDF.