The Masgutova Method® is based on Dr. Masgutova’s research and hands-on work with thousands of children since 1989, and is firmly grounded on the research of a wide variety of distinguished psychologists and neurophysiologists, many of whom began their careers in Russia during the early 20th century.

This was a time of tremendous upheaval caused by WWI, the Russian Revolution, the subsequent Civil War, famine, and uneven recovery. One tragic product of the many years of civil discord, famine, and revolution was an alarming increase in homeless, abandoned, and neglected children, many of whom developed physical and psychological disabilities as a result of their unfortunate circumstances. This new social problem directed national attention on resolving the plight of these children. The result of this attention gave rise to a national interest in special education and a proliferation of schools, clinics, and teaching institutes, which ultimately brought prominence to the burgeoning field of “defectology,” a word that now seems harsh and insensitive, but is the Soviet term for the discipline of abnormal psychology and learning disabilities. The post-revolution Soviet Union was, therefore, a time of tremendous progress in physiology and psychology and included such heavyweight names as Lev Vygotsky, Alexander Luria, Ivan Sechenov, Nikolai Bernstein, Ivan Pavlov, and Sergei Rubenstein. Unfortunately, the work of Russian scientists during this time was not largely accessible by the West due to the lack of English and European language translations.

Significantly, while the work of Russian scientists was to a large degree unknown to the West, a careful read of Vygotsky’s work from the 1920’s indicates that he and his peers who knew English, had access to, and took into account, the theories of Western researchers, including the work of the noted Swiss psychologist Jean Piaget and the British physiologist Charles Sherrington. Even today, lack of translation limits the access to the large body of Russian research. As a Russian scholar herself, Dr. Masgutova benefited from having uncommon access to the work of these esteemed scientists. Dr. Masgutova credits their work, as well as European thought leaders (e.g., J. Piaget, C. Sherrington, S. Freud), as providing the foundation and inspiration for her further study and for the ultimate development of the Masgutova Method®. 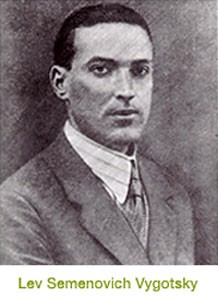 In some respects it seems remarkable that the work of men in the early 20th century may be relevant today. However, over the past twenty years, as Russian texts have become available to Western scientists, the power of their ideas has become understood. This point is underscored by the following quotation found in the Editor’s Note of the 1997 translation of L.S. Vygotsky’s 1921-1923 lectures (Educational Psychology, St. Lucie Press, 1997):

“It has been said that as a rule, the translation and publication of the works of a scholar such as Vygotsky who lived and worked over fifty years ago would be carried out because the ideas presented are seen in retrospect as being ‘ahead of their time.’ But in many ways, our publication of Vygotsky’s work, as well that of other publishers, is motivated by entirely different concerns. Our motivation follows the conviction of Vygotsky’s students in the Soviet Union and the West that his ideas and insights are in many respects considerably ahead of our time, and by the conviction that his influence on the development of psychology and the social sciences has not been nearly as considerable as it must be.”

Following are links to biographical notes on notable scientists and medical professionals who investigated various aspects related to the Masgutova Method. As a group, these scientists were tremendously productive and instrumental to the fields of neurology, psychology, physiology, anatomy and medicine. They include early pioneers such as Ivan Sechenov and Charles Sherrington who independently produced ground breaking work on the role of reflexes and the existence of the reflex circuit, the Vygotsky trio of Lev Vygotsky, Alexei Leontyev, and Alexander Luria, who sought to make psychological processes measurable and advanced a broad range of original work, and those who followed Vygotsky and built on this large body of knowledge. The biographical information has been drawn from a variety of secondary sources, primarily in English, as well as from interviews with Dr. Masgutova. While it is impossible to discuss the full breadth and depth of their work, we wish to both acknowledge their influence and provide a brief summary of their general contribution to their field and how they connect to the development of the Masgutova Method. We have been more expansive in areas where the contributions of the particular scientist relate more strongly to the work of Dr. Masgutova. We have also included notable publications for those interested in gaining a stronger perspective of this body of knowledge.