One only needs to turn on the TV or radio to hear of yet another natural disaster or heart-breaking story. Thousands are impacted every day by traumatic experiences either first hand or by repercussion. Many of these individuals do not have the proper resources and support that would enable them to achieve healing and restoration.

We are on a mission to change this with MNRI.

According to the American Psychiatric Association, PTSD is defined as “a psychiatric disorder that can occur in people who have experienced or witnessed a traumatic event such as a natural disaster, a serious accident, a terrorist act, war/combat, rape or other violent personal assault.” APA also states that PTSD is reported to effect on average 1 out of every 11 people in their lifetime. In addition, individuals suffering from PTSD may not have experienced trauma first hand: “PTSD could occur in an individual learning about the violent death of a close family. It can also occur as a result of repeated exposure to horrible details of trauma such as police officers exposed to details of child abuse cases”.

According to APA, there are four primary categories of symptoms:

1. Intrusive thoughts such as repeated, involuntary memories; distressing dreams; or flashbacks of the traumatic event. Flashbacks may be so vivid that people feel they are re-living the traumatic experience or seeing it before their eyes.

2. Avoiding reminders of the traumatic event may include avoiding people, places, activities, objects, and situations that bring on distressing memories. People may try to avoid remembering or thinking about the traumatic event. They may resist talking about what happened or how they feel about it.

3. Negative thoughts and feelings may include ongoing and distorted beliefs about oneself or others (e.g., “I am bad,” “No one can be trusted”); ongoing fear, horror, anger, guilt or shame; much less interest in activities previously enjoyed; or feeling detached or estranged from others.

4. Arousal and reactive symptoms may include being irritable and having angry outbursts; behaving recklessly or in a self-destructive way; being easily startled, or having problems concentrating or sleeping.

Recovering from Post-Trauma and PTSD

For those who have suffered from a traumatic life event or experience, they understand that healing from such an experience is often as difficult as the experience itself. There is a saying that “time heals all wounds” but we know that this is not always the case nor is it often the best approach to achieving restoration.

The good news is that there is hope! Many have been able to achieve restoration through the support of loved ones and the aid of professional programs and specialists.

MNRI – A New Approach to Healing

The MNRI® method for addressing Post-Trauma and PTSD is a gentle, rapid and effective intervention modality that restores the integrity of the primary motor reflex patterns1 and drastically improves the course of recovery from traumatic stresses.

What does this mean? We utilize a non-revictimizing treatment approach that aims at re-establishing nervous system resilience for handling stress. As current research on PTSD has demonstrated, stress damages the subcortical structures of the brain resulting in automatic behaviors which cannot be affected by conscious processes like thinking and talking about thinking. Improvement in the control of impulsive reactions and overall resilience of the nervous system is less likely without direct work on the function of the Fear Paralysis Reflex pattern (the reflex most affected by trauma). The Fear Paralysis Reflex pattern, when serving for protection, helps to alleviate overactive territorial and self-preservation responses by reducing overwork in midbrain functions. Also called the Startle Reflex, the Fear Paralysis Reflex pattern is triggered by a sensory stimulus such as a sudden or loud sound, unexpected flash, or uncomfortable touch.

MNRI® is a tool that helps a person emerge quickly and safely from post-traumatic stress while at the same time ‘teaches’ the neurophysiological circuits how to maximize long-term survival and brain potential. This intervention modality is effective in changing neurophysiological issues that result in automatic responses like increased heart rate and blood pressure that are found in those affected by PTSD. 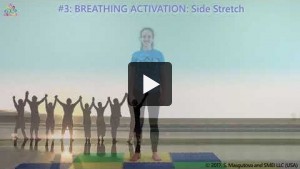 MNRI® has been successfully utilized by many individuals who have experienced Trauma including:

The MNRI method has been utilized in impacting both human and natural disasters including:

Click to learn more about the science behind MNRI and PTSD.

Watch our MNRI Introductory video below! 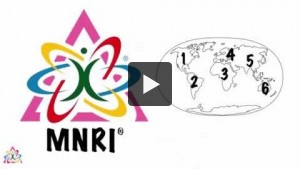 • Find a Certified Specialist near you

Evaluation of the Therapeutic Effect of MNRI Reflex Neuromodulation on Children Diagnosed with Autism Based on Reflex Assessments, QEEG Analysis and ATEC Questionnaire

Effect of Reflex Neuromodulation on an Infant with Severe Amniotic Band Syndrome: A Case Report on the use of MNRI Techniques for Physical Therapy

Immunological Efficiency of MNRI Program at Treatment of Respiratory Diseases

A Search for Excellence in Gifted Children with Reflex Integration

Immunological Study of Effectiveness of MNRI® Program on Respiratory Diseases

MNRI® for Children with Cerebral Palsy

MNRI® Assessment for Determining the Level of Reflex Development

MNRI® as a System

Visualizing the Pathways to MNRI® Success: The Six Cs, C2C, and +iT Together Tools

Finding His Way Home: The Story of a Soldier Returning from War

You Are a Winner