« Back to Shop‹ PreviousNext › 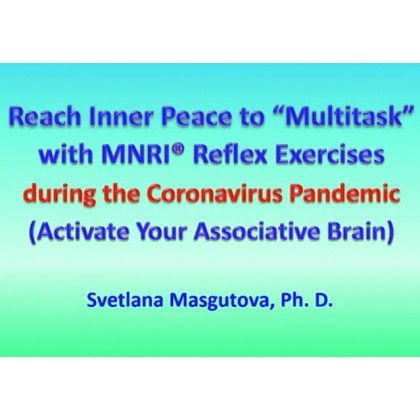 Multi-tasking and goal-driven behaviors are linked to a human’s ability to exercise cognitive control and considered to be a lineal function (we can focus only on one object at a time) and “a not-possible ability/task” for a brain cortex. However, when we are in real life activity, we use beyond the cortex activity level, - the multitasking as a simultaneous activity of cortical and subcortical (automatic processes and mechanisms) and is an essential mechanism. Several largely overlapping brain structures work together to execute cognitive control. These anatomically distributed regions include the frontoparietal network for modulating cognitive control activities, and the dorsal for attention focusing and its associated processes (selective perception, information processing, prioritizing and etc.) network and ventral - ?? attention network, both of which comprise the brain’s sensory orienting systems. Certain flexible hubs within the frontoparietal control network regulate distributed systems, including the limbic, tactile, auditory, olfactory, memory, visual, and motor systems. These systems all work together to control executive function and sustained attention, and also are supported subcortically, by functions of the extrapyramidal nervous system (responsible for execution and control of automatic mechanisms and processes).