My daughter Kayla was adopted from the foster care system. 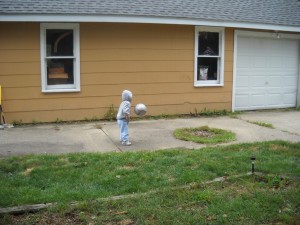 My daughter Kayla was adopted from the foster care system. When she came into our home at 13 months, she could not even turn over, her ribcage was very high and squished together, she hated to be touched, and she could not eat. Some people called her a vegetable.

Her physical therapist, Diana, is always improving herself and taking workshops, classes and courses (at her own expense). She arrived at our home one day so excited about something new she had learned: the Masgutova method of reflex integration, which she believed would "change the world."

Not long after beginning the exercises, Kayla became able to turn over on her stomach, crawl and began to be more affectionate. With each workshop Diana took, each new exercise would produce huge leaps in Kayla's physical and emotional state.

In the brief period of two years, Kayla went from a "vegetable" to an active, friendly, walking, talking "normal" little girl. She is still very petite and slightly delayed physically, but we trust that the delays will not last much longer.

« Back to Previous Page|Show All Testimonials »